It pains me anytime I hear something like, “Hey, you cut off my head!” or “I don’t see all the text in my commercial!”

Well, as my son would say it best, “It wasn’t MY fault” but rather, the end result is on the viewer’s shoulders because their TV wasn’t setup to display the image properly.

There’s  three main reasons for this to occur and how they could be prevented.

2- If you have a HDTV and you receive HD programming, DON’t VIEW THE SD VERSION!!!

3- You have “aspect” or “zooming” turned on on either your TV, or Cable/Satellite box, OR (my head hurts, but I have run across this) BOTH are causing “super zooming.”

Let me illustrate this. 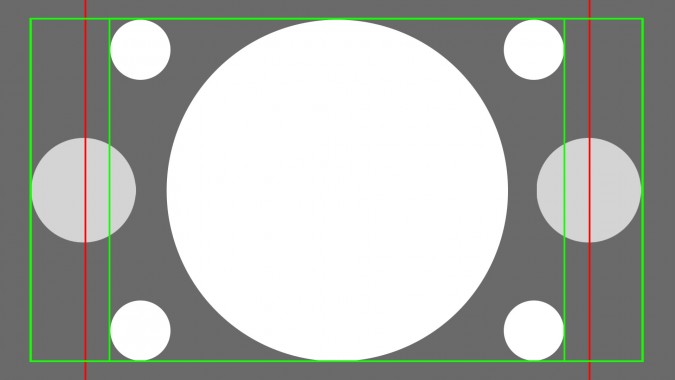 Here’s a FULL HD image.  If viewing HD on a HDTV, you should see EVERYTHING.

Because broadcasters usually perform a 4×3 center cut for their Standard Definition versions of their High Definition station, we have to put everything important into a 4×3 safe zone.  Everything past the red lines is an absolute cut.  The next image illustrates this. 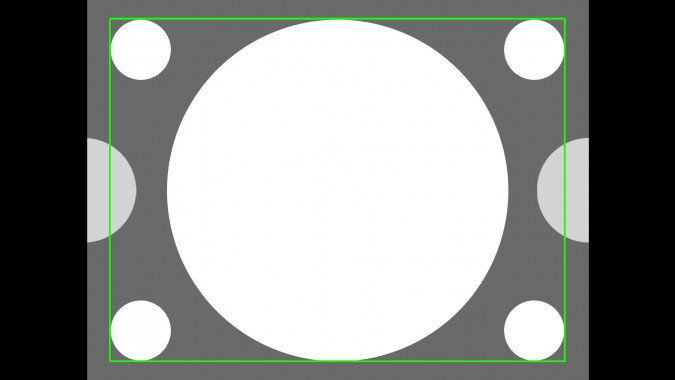 Now if you are viewing our hypothetical channel 10 (the SD version) on a HDTV, if your TV is set properly, that image above is what you should see.  The reason some broadcasters perform a 4×3 center cut is because TV’s used to be a 4×3 aspect ratio–almost square.

Since people will still watch a SD station instead of the HD version (I honestly don’t know why, but the common answer when I ask is “its easier to remember.”) then they are tempted to press “aspect” or “zoom” on their TV and/or Cable/Satellite box’s remotes.  They’ll get this image: 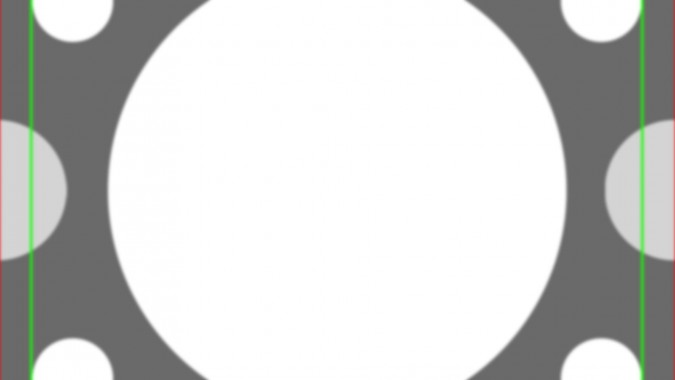 Pretty ugly huh?  Two things are happening here.  One, the image is zoomed to fill the screen cutting off parts of the image that was IN the 4×3 safe zone; and two, the image gets even softer and blurrier.  Hey, they want to fill that nice HDTV and not see the black bars on the sides!!!  If that’s the case, then they should be watching the hypothetical channel 710 which is HD and would fill that HDTV screen.

Now, sometimes they ARE watching the HD programming and not the SD version of the channel–however, they could have zooming turned on on their TV.  Typically, you’ll find two zoom modes and possibly more like “stretching” and others.

Here’s our FULL HD image again, but with Zoom 1 applied: 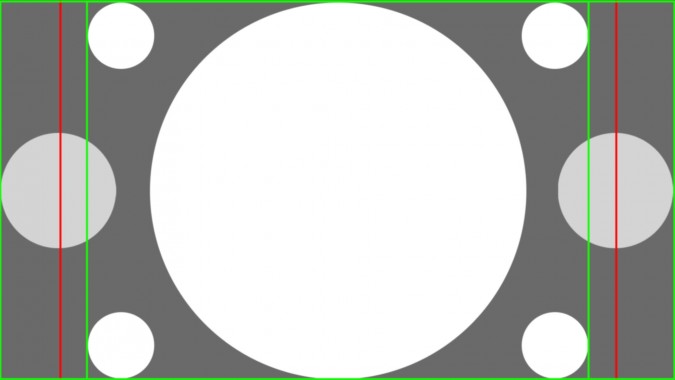 Note that our 16×9 safe zones are barely within the full display.  How about Zoom 2??? 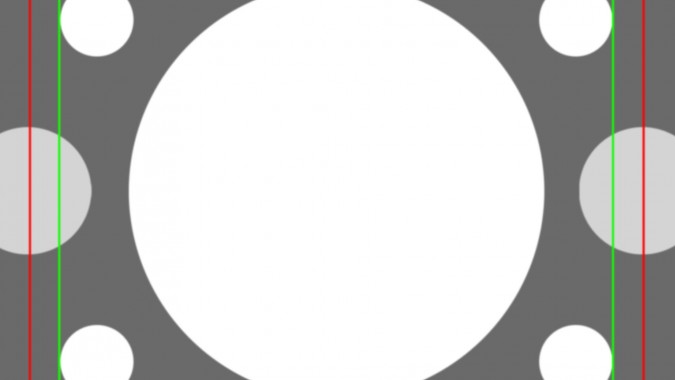 Yep, it’ll cut off even more.  This is why zooming should ALWAYS be turned off–to display the image correctly as intended by the broadcasters IF they perform a 4×3 center cut on HD programming.  There’s also a setting called “stretching” on most TV’s and although this won’t cut off parts of the 4×3 image, it’ll make circles look like eggs… 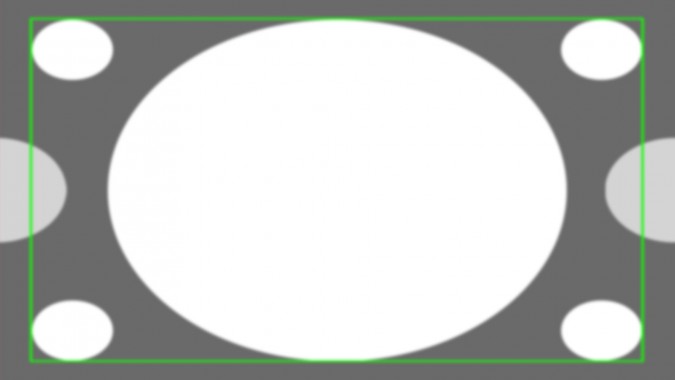 Yeah, this gets interesting when some people drop me a message about making them look fat…

Since it’s very difficult to educate masses of people about something they don’t think is important until they complain… there’s an even simpler way to make most of this go away, ESPECIALLY if they are still watching yucky SD versions of a channel on their HDTV.  Broadcasters should letterbox their HD content for SD downconverted channels.  Large networks do it as I mentioned before.  They realize that there are a whole lot more 16×9 widescreens out there than old 4×3 standard screens.  Widescreen is the new standard…  we’re not in 1990 anymore.

So, what exactly does that mean?  This image is our FULL HD image again but letterboxed on the SD version of the broadcast. 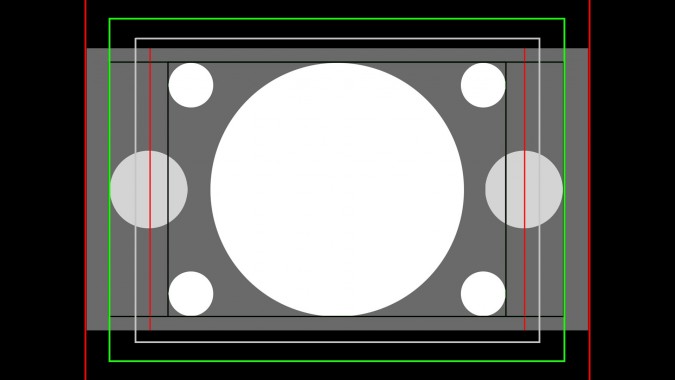 BUT those that complain about cutting heads off and not seeing all the text because they are zooming the image, they’ll then see this IF the broadcaster letterboxed the image… 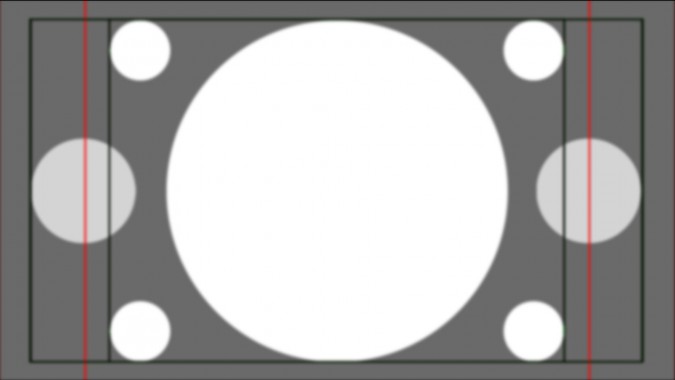 EVERYTHING is seen, although it is softer and blurry, it fills the screen which is the reason they have zooming turned on in the first place.

And for those folks who DON’t have a HDTV, they’ll see this: 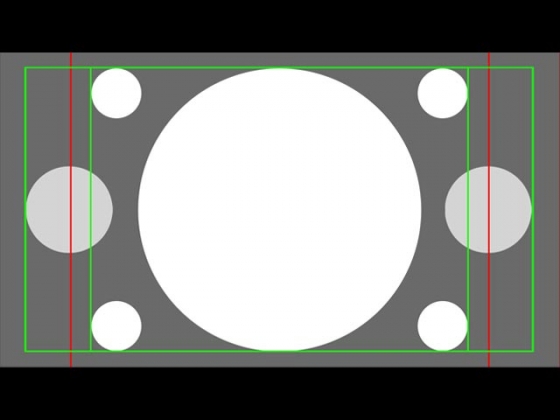 16×9 widescreen content as the producer intended for it to be seen instead of the below image of what the broadcasters intend to be seen. 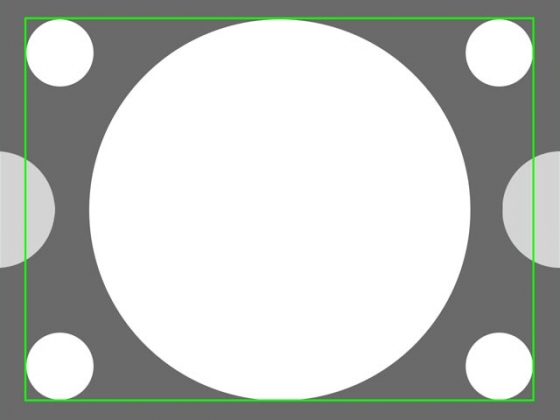 So, please turn off zooming and stretching on your TV.  Also, watch the HD version of a station if its available instead of the SD version.  Broadcasters, PLEASE PLEASE PLEASE letterbox your content–at least mine.

I hope you learned something from this article.  Don’t even get me started on all the color modes on a TV!  HA!