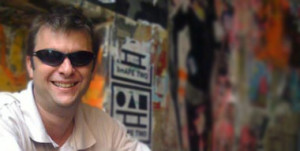 After graduating Sullivan North High School in Kingsport, TN, I went on to graduate Culinary School at Sullivan College in Louisville, KY.  I loved cooking and expressing my artistic side with many ingredients and even Ice Carving!  Some interesting patrons have been: The Charlie Daniel’s Band, Crystal Gayle, Tracy Byrd (I even won a $20 bet on firing Tracy up with “too hot” hot wings), Jeff Gordon, Jeff Foxworthy, Larry the Cable Guy and a few others.  I later moved back to Kingsport and moved up to be Executive Chef at Skoby’s Restaurant, Sous Chef at Meadowview Conference Center and then Executive Chef at Ridgefield’s Country Club. It was then I began to explore some other creative energy building within and eventually began to film weddings in 2003 and got out of the kitchen and performed my video “hobby” and a 5 year career selling food for Sysco.  In 2008, one of my corporate video clients enabled me to pursue video production full-time self-employed. 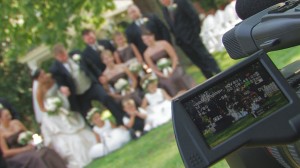 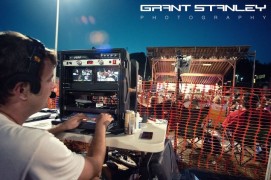 I operated as JC/DV Productions for a few years and in 2008 and 2009 was voted into Event DV Magazine’s “Top 25” by my peers  worldwide (I never campaigned either!) and worked hard to “raise the bar” in my region of East Tennessee for Wedding & Event Production as well as some Corporate & Local Broadcast productions.

I also have performed Live Video Mixing services for MMA Events as well as The Rogersville July 4th Celebration concerts projecting a 3-4 camera crew onto large screens for all the guests to see.  Some bands my crew and I have filmed include: Jana Kramer, Dustin Lynch, Jason Derullo, Mercy Me, Matthew West, Newsboys, Aaron Tippin, Joe Diffie, Diamond Rio, The Band Perry, Mercy Me, The Eli Young Band,  The Fray and more!

In 2010, I began working in a different realm produced a local Mixed Martial Arts Talk Show called “MMA: Inside the Cage” which was the First locally produced Television Show to air in HD!  During this time, I also produced some local broadcast commercials.  The MMA Talk Show eventually began broadcasting Nationwide and I started performing services for some other regional agencies and “unofficially” winning some awards including Gold in the National Addy’s for Cinematography for one of my client’s clients. 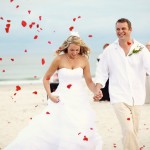 September 18, 2011, I married Jessica (and RaeAnne and Braedon) on the beach with our toes in the sand.  (Of course I had an awesome wedding video!!!  Thanks to my good friend Tom Young that we’ve worked many weddings together…)  After spending most of my career 99% focused only on my career, I promised myself to live life and balance work and personal time.  I enjoy being the best I can be with whatever I do and out of all of my little accomplishments, my greatest, favorite and passionate one is being the best Husband and Father I can be! I wouldn’t trade that for ANYTHING!  I’m a very lucky man because I love both,  my family and my work!

Today, I continue to provide top quality video projects to my awesome clients and on my days off, I can be found with my family doing things from playing in the park, taking a drive, watching a movie, bowling, shopping, dining out, and even just staying at home with the family.

Ok, I hate writing about myself, but this is a good idea about me.  If you made it this far, I hope you enjoyed it!  Feel free to connect with me on FaceBook, Twitter and Linked In.

Have a great day!